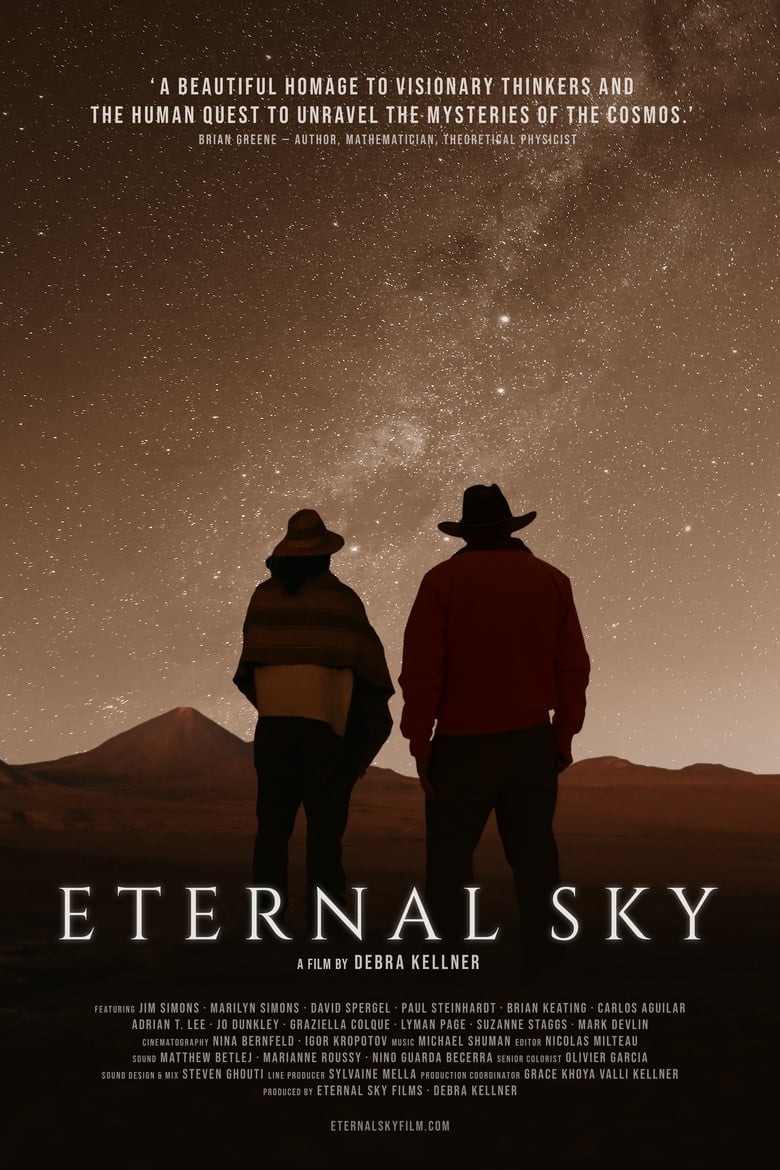 How did time begin? Humanity has asked this question since the dawn of time. Six years in the making, Eternal Sky spans three continents following one of our time's most ambitious scientific endeavors. Did the Big Bang happen, or did something else occur? This feature documentary follows in the footsteps of Jim Simons and some of the world's leading astrophysicists as they seek to unravel the origins of time. Set against the remote Andes in the Chilean Atacama desert, the film tells an intimate story behind one of science's most competitive races: the hunt for the origins of time. In a unique, lyrical parallel, the film follows the lives of several Atacameno elders who bring an original vision of the cosmos, which offers viewers a mysterious, magical, and philosophical perspective. The coexistence between scientists and the local Atacameno culture is a confrontation between the mystical and the existential.